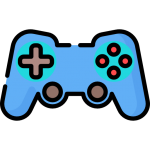 In this sector, we refer to the translation of videogames or computer games as the ‘localization’ of the latter. It deals with preparing a game, app or program for its subsequent sale in a new region or country. Above all, it concerns projects developed in English.

What does videogame localization consist of?

Although text translations are an essential part of the process, localizing handles every modification brought about in the game. Including:  artistic features, a new wrapping, user’s guide and recording the game’s sountrack.

Additionally, videogame localization should consider hardware conversion as well as sparing a thought for cultural sensibility. This means potentially cutting entire sections due to legal requirements. It can be a challenging task.

As such, localizing involves replacing the cut sections with added content.

Ask for a free quote to localize Your Video Game

DEALING WITH THE BEST

We have spent many years partnering with the main videogame suppliers in the world, localizing their productions. We guarantee experience in such a complex process that is translating videogames. In fact, for us localizing computer games does not strike as difficult. Our skilful team have already treated many such projects.

BEST RATES IN THE MARKET

You can check our videogame localization rates here. You will be pleasantly surprised by the attractive prices we offer for computer game translations. Don’t forget that all estimations are accessible freely. In a matter of minutes, you can receive a detailed offer with a deadline and personalised contributions.

The recipe for success in videogame translations

What does a quality translation depend on?

All games, without exception, are translated by a native speaker of the target language. With our experience in the field, we have developed an international team of translators that have each proved their worth. Together we have localized an inestimable amount of computer games.

The success of a localization does not only consist of translating a game. One of the crucial features is a consideration for local culture. The game must adapt to the sensibilities, religious for example, of the country in which the game will be launched. If not, the game can crumble apart.

Passion for the game

Videogame localization is more than just a translation, it requires ‘connoisseurs’. The translator must feel the passion and atmosphere that the game transmits. He/She must understand characters, and the historical and cultural context. For this reason, our translators are also experts in the field of videogames itself.

How is it done?

What elements make up a computer game localization?

A translation of all cultural and linguistic references. This allows to enshrine authenticity and the atmosphere of the game. It will also enhance attractiveness for the target country.

This type of localization can involve, for example, changes between PAL and NTSC, function keys and modifications in the game or app in itself.

Age tolerances differ according the country where the game is being launched. This is controlled by both international and national organisations like PEGI (Europe), ESRB (USA and Canada), ACB (Australia) or CERO (Japan).

Some games introduce different characters, or the same with subtle adjustments, to help players identify to the avatar. Music can also be altered, suiting local trends or the preferences of the gamer’s community.

What languages are worth translating into?

Popular languages to which we translate computer games

The decision to localize a videogame depends greatly on financial factors, such as potential benefits that could be acquired in the country’s market. As such, the process is usually carried out by the game’s own developers or an external company. In this case, a translation agency specified in videogame translation.

Key arguments for this business

Why is videogame localization nowadays more profitable than ever?

Cultural adaptations during the process of localizing games and apps

Changes enforced by politics and laws

Often, localizing a videogame will imply specific adaptations to comply with local cultural sensibilities. These changes can be imposed by the developers themselves or by national or regional ranking committees (a system that judges the content of videogames). Nonetheless, games can be released with controversial content. This can instigate negative feedback and, at times, a total withdrawal from the market.

This is exemplified in Germany. The local market, due to its strict policy, ‘Unterhaltungssoftware Selbstkontrolle (USK)’, often requires many changes to be made. This policy condemns brutality, desecration of symbols and racial hatred, such as Nazi symbology.

China is another example. It has unbending norms on censorship and prohibits content that can threaten ‘unity, sovereignty and integrity of the state’ or ‘social morals of the great cultural traditions’. As a result, the Swedish game Hearts of Iron (2002) was banished as it portrayed, in the midst of WW2, Manchuria, Western Xinjian and Tibet as independent states.

Furthermore, Taiwan appeared as a Japanese territory, as it was the case in the game’s setting. However, it is still considered harmful to the territorial integrity of China. As such, the game was never imported. Concomitantly, Football Manager (2005) was never localized in Chinese as Tibet, Taiwan, Hong Kong and China were all represented as separate national teams.

A level one localization simply means there has been no translation of the game, its wrapping or the user’s guide. This game will be exported in its original language which is usually English. This is often used to test a game’s potential in a certain region’s market. After this trial, a budget is invested for its subsequent localization if successful.

At the second level of localization, the wrapping and the user’s guide are translated. It is worth mentioning, as we shift into online shopping, this type of translating then applies to the game’s website or its Steam page. The game in itself remains untranslated. We resort to this level when the game doesn’t have much text, or when there is a lack of investment to translate it completely.

at the third level, subtitles are translated in the target language. However, the songs and voice archives do not. As such, game creators avoid the additional costs of hiring commentators that would take care of dubbing and voice overs. At the third level of localizing a computer game, the soundtrack does have subtitles. This is very common in movies. It is the most common form of localization and satisfies the general needs of gamers around the world.

The fourth level is loud and clear; it is a total localization of the game. This implies hiring commentators, creating subtitles, translating the graphics, the wrapping and the user’s guide. This is an expensive process, and it is only used by companies launching big-name games. An example of a total localization is Cyberpunk. Fourth level localization: English, Polish, German, Spanish (European), French, Italian, Portuguese (Brazilian), Russian, Chinese, Japanese and Korean. Third level localization: Spanish (Latin-American), Hungarian, Turkish, Czech, Arabic, Thai and Chinese.

Where did everything start?

Pac-Man isn’t just a classic of the videogame industry, if not also a prime example of localization.

The basic concepts of localization can be perceived from the start of a game development. This was the case for the iconic game Pac-Man. The literal translation of the Japanese title would have been ‘Puck-Man’. Until they decided changing it to suit the American market.

It was feared the word ‘Puck’ would be misinterpreted and was often converted to the less fashionable ‘fuck’. Furthermore, the ghosts’ names were originally based on colours. It would have resulted in something like ‘Reddie, Pinky, Bluey and Slowly’. Instead, their names were changed to ‘Blinky, Pinky, Inky and Clyde’. The cultural differences between Japan and the US generated changes in content of the game itself. The accurate translation of this computer game was a deciding factor in its subsequent success. 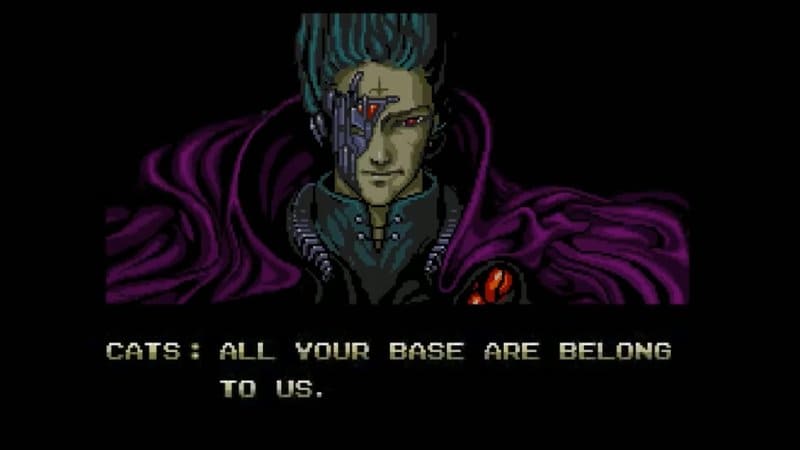 Mistakes in translations of computer games

When game localizations emerged, development companies invested humble amounts of money into it. The field was never given the care it deserved. As a result, translations were often of poor quality, to the extent of being almost comic.

For example, the original translation of Beyond Oasis Genesis (original Japanese title, Story of Thor) was rejected by an English editor as it made no sense. This was surely due to a lack of understanding of the game’s concept by the translator. As such, the game was completely retranslated.

Occasionally, a poor-quality translation can actually set up a game for temporary glory. Although it is not the triumph the creators sought out for. The terrible translation of the Japanese game ‘Zero-Wing’ made it climb to fame through the translation of the initial credits ‘All Your Bases Are Belong to Us’ (instead of, All your bases are ours). It subsequently became one of the first memes to navigate on the internet. The game eventually had its 5 minutes to shine, even if this wasn’t what the developers had in mind.

Even more arguments that back up the importance of a good translation.

In the 2000s, a technology was designed that allowed stocking of text in ASCII chains instead of an image format. Not only did this make the processing more efficient, but it saved space and meant it could store more text. Additionally, greater audio abilities and the use of dubbing bred new opportunities for videogame translation.

As graphics also improved, and games started thriving in cinematography, new challenged emerged. More attention was paid to lip and gesture synchronization. The non-verbal communication could be tailored to the requirements of a given country.

Nowadays, and above all with triple A games (triple A, expression used in the gaming industry, refers to games with the biggest budgets, that are expected to sell well as they are of high quality), the quantity of texts and dialogue has risen considerably.

For example, the team set up to localize “Fable II’ in 5 languages was made up of 270 actors and 130 people. These numbers showcase the complexity of the process of localization. 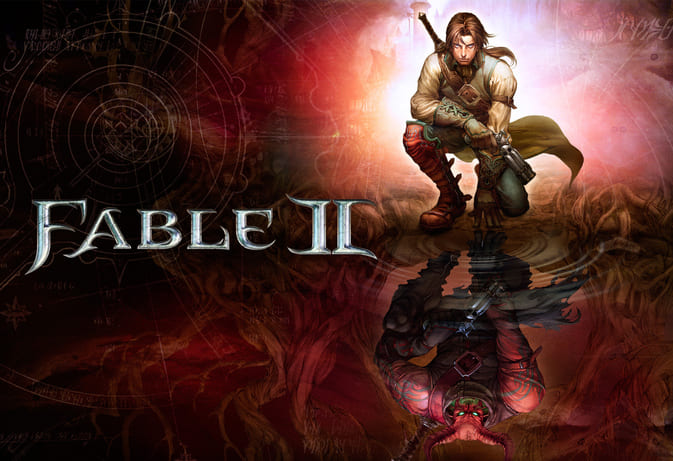 THE MOST IMPORTANT QUESTIONS 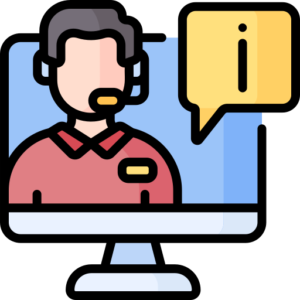 How much will the translation cost?

Request a quote for your translation. You will receive a free, no-obligation quote within 30 minutes.
Ask for a quote 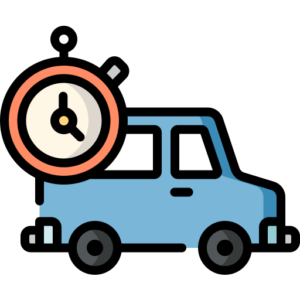 How can I get a translation? 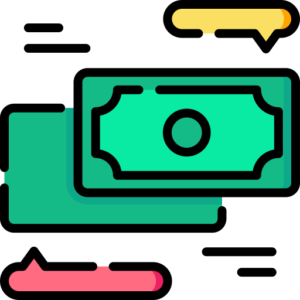 How is translation paid for?

Why do we localize computer games?

A new market and more profit

The purpose of a localization is creating an enjoyable and fluid experience for the gamer. It considers the local culture while staying true to the original content. If a certain game isn’t localized or is translated inadequately, the gamer may feel he is not the target audience. A poor localization may lead to confusion and a misinterpretation of the game’s objective. In turn, the player might not be willing to continue playing. Success in various countries starts first and foremost by a quality translation.

How much does it cost to translate a computer game?

Ask for a quote

Get in touch with a consultant